The Glyphs series was my first investigation into the images revealed by tracing the outlines of patterns which I’ve found in nature. These images began with my photographing the engraved remnants of bark beetle galleries found on tree trunks in the local woods. To obtain just the linear essence of the tracks, I traced the forms by hand and digitally. I propose that this process of simplifying what is being considered literally draws out information, which though present in the photograph, is not obvious. It encourages contemplation of the form rather than the object it was obtained from. I see the beetle tracks as calligraphic characters from an unknown language, hence the title Glyphs. Of course, they don’t have individual, specific meanings, like, say, a Chinese character might have. The beetle galleries wander, but their paths form linear, calligraphic marks such as might be seen in an ancient manuscript. In the woods, there are thousands of beetles, in thousands of trees, and each one leaves a trail as different as a fingerprint and as elegant as a Sultan’s signature. Each trail is composed of thousands of bites taken over a period of months as the larva grows and matures. Rather than the sure stroke of the calligrapher’s pen, the path literally grows with the insect.

The outlines were printed on thin kozo tissue. Then I used a paper drill (a bookbinding tool) to create a repetitive lace pattern of holes surrounding the outlines. These holes refer to the many bites the larvae take to create the patterns. Finally, I applied metallic mica powder inside the outlines, similar to gilding in illuminated manuscripts. The holes look black because the finished work is presented on black paper backing which is visible through the holes. The intent was to create fragile pieces of tissue paper recalling preserved fragments of old documents. 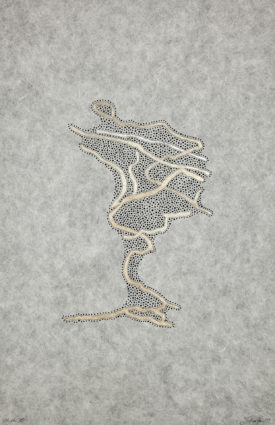 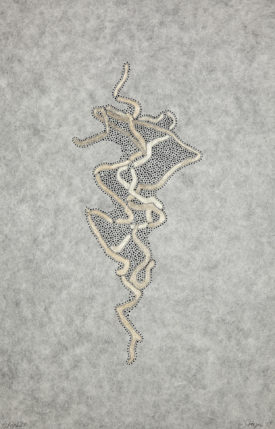 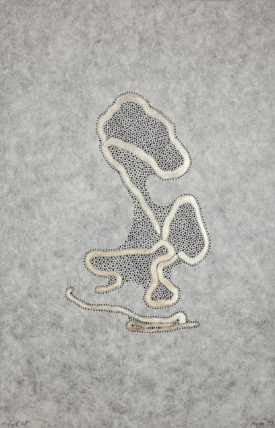 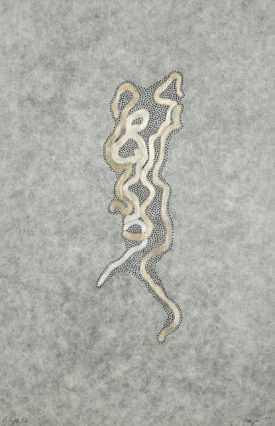 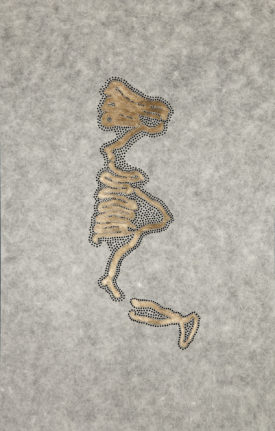 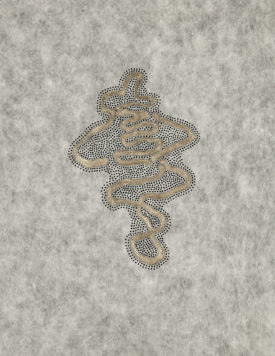 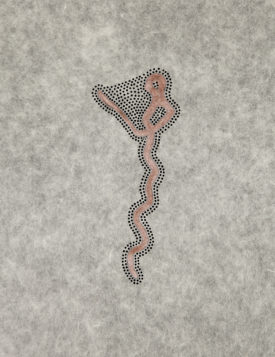 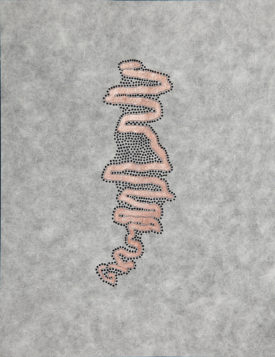 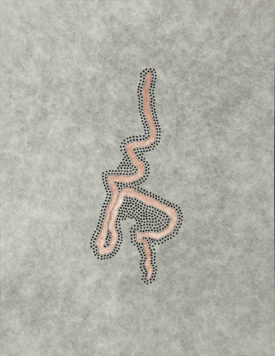 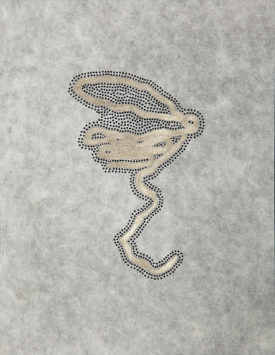 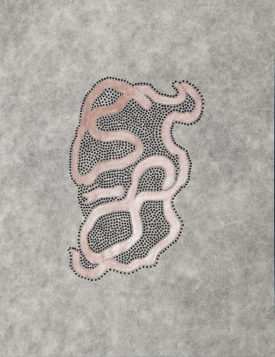 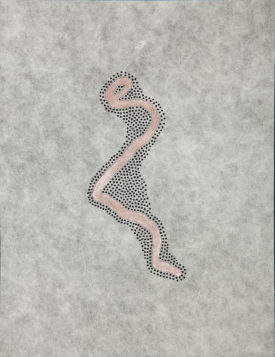 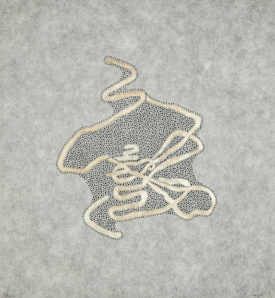 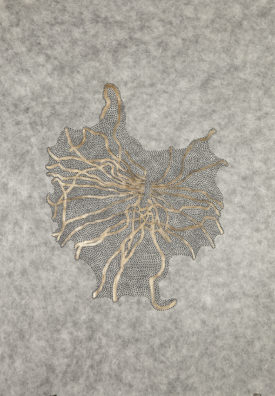